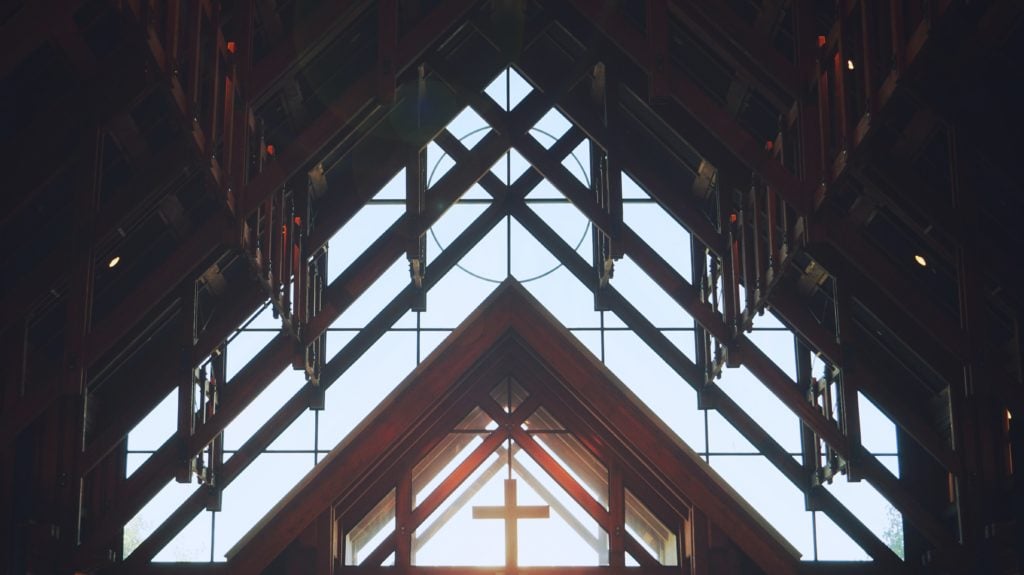 Theology matters because beliefs are connected with behavior. In addition to this fact, one’s theology also reveals the true source of authority serving as the ultimate foundation. Am I going to be faithful to Scripture or conform to what is culturally comfortable? A recent example of this is the book, Untamed, by Glennon Doyle, which is #1 on Amazon’s “Christian self-help” category and currently #1 on the New York Times best-seller list. It is written from a loosely Christian perspective, utilizes Scripture, and speaks about God, faith, Christianity, and morality. It also teaches that you can find God within yourself, promotes moral relativism, teaches that sexuality and gender are fluid, and blames the Bible for creating a culture that oppresses women.

My hunch is that the average Christian might read that first paragraph with a bit of surprise and shock. How can someone who is accepted within a “Christian” paradigm believe and teach these things? The answer to that question can be found by understanding progressive Christianity. Progressives are not just a group of Christians who are changing their minds on social issues and politics.  According to their most prominent thought leaders, authors, and speakers, they often deny core essential doctrines of the faith, which leads them to preach an entirely different gospel. As I have researched their books, blogs, and podcasts, I have discovered some theological signs to look for when trying to identify this movement.

“Progressives are not just a group of Christians who are changing their minds on social issues and politics…they often deny core essential doctrines of the faith, which leads them to preach an entirely different gospel.” @alisachilders Progressive Christians view the Bible as a record of what people believed about God in the times and places in which they lived, rather than the inspired and authoritative Word of God. It’s not uncommon for a progressive Christian to express disagreement with a biblical writer, or to reject the passages they find unhelpful. In fact, progressive leader Richard Rohr encourages Christians to ignore, deny, and even openly oppose Scriptures that are “imperialistic, punitive, exclusionary, or tribal.” [i]

This matters because if we give ourselves permission to deny or ignore the Scriptures that don’t fit into our preconceived ideas about who God is and how he acts in the world, we will have effectively transferred the authority for truth from the Bible to our own thoughts, feelings, and preferences. In progressive circles, however, the idea that God would require the blood sacrifice of his only Son makes God the Father out to be some kind of divine child abuser. Thus, they often deny the substitutionary atonement of Christ. Michael Gungor, musician and host of The Liturgists Podcast, wrote, “I would love to hear more artists who sing to God and fewer who include a Father murdering a son in that endeavor.”[iii] And, “. . . that God needed to be appeased with blood is not beautiful. It’s horrific.”[iv]

This shift matters because, without the substitutionary atonement of Christ, there is no mechanism for the individual to be reconciled to God. In the progressive view, Jesus defeats the power of sin and death and gives us an example to follow but gives us no solution for the sins we actually commit.

With a lowered view of the Bible and a rejection of the atonement, the next domino to fall will naturally be the resurrection.  If sin doesn’t separate us from God and Jesus didn’t really need to die to reconcile us to the Father, his physical resurrection becomes a bit of a moot point. To be sure, not every progressive Christian denies the bodily resurrection of Jesus. However, as we learned in the last post of this series, action is emphasized over belief. So, what one actually believes about the resurrection becomes of less importance.

A few years ago, a popular progressive blogger published a post written by a progressive Children’s pastor about how to talk to your kids about Easter. In it, she wrote, “the point of the Easter story isn’t whether or not Jesus LITERALLY rose from the dead. We’re missing the point if we’re fighting over the historical accuracy of a bodily resurrection.” She went on to advise parents to tell their kids that “stories don’t have to be factual to speak truth.” Often the emphasis is shifted from it being a historical reality to the lessons we can learn from the story. This matters because the Apostle Paul wrote, “If Christ has not been raised, our preaching is in vain and so is your faith … And if Christ has not been raised, your faith is futile and you are still in your sins.” (1 Cor. 15: 14,17) The truth of Christianity stands or falls based on the resurrection of Jesus being an actual historical event. Scripture tells us that if it didn’t happen, then we have no hope for salvation.

“The truth of Christianity stands or falls based on the resurrection of Jesus being an actual historical event. Scripture tells us that if it didn’t happen, then we have no hope for salvation.” @alisachilders

Let’s look at progressive Christian theology like a set of building blocks. Without sin, atonement, and resurrection, there’s nowhere for the Heaven and Hell block to stand. If we were never separated from God in the first place, what would be the purpose of separating people out into Heaven and Hell for eternity? This is why many progressive Christians affirm some form of universalism, the idea that all humans (and, in some cases, all of creation and even fallen angels) will be saved and spend eternity with God. Nadia Bolz-Weber said, “I confess that I am a Christo-centric universalist. What that means to me is that whatever God was accomplishing, especially on the cross, that Christological event, was for the restoration and redemption and reconciliation of all things and all people and all Creation—everyone.”[v]

One of the most popular Christian books of all time is The Shack, which has sold over 20 million copies to date, and spent 136 weeks on the New York Times Best-seller list.[vi] Its theological influence on the Evangelical church is incalculable. A few years ago, its author, William Paul Young, wrote a book called Lies We Believe About God, which illuminated the theology that informed The Shack. In it, he wrote that he believes everyone will be saved, and calls this view “universal salvation.” [vii]

This matters because hell is God’s way of quarantining evil forever. Essentially, God’s promise to make all things new, and wipe every tear from our eyes is based upon the fact that he will deal with evil once and for all.  Heaven is the pinnacle of God’s great rescue plan—one that he offers everyone. It’s a place where those who have put their trust in Jesus will spend eternity with the God they love. Everyone is invited, but he cannot let anyone bring their sin. If he did, he would essentially be standing in solidarity with us but be impotent to save us.  As J. Gresham Machen wrote, “Such a God may deliver us from the fear of hell. But His heaven, if He has any, is full of sin.”[viii]

As you can see, progressive Christian theological beliefs are not simply secondary issues we can agree to disagree about. The progressive Christian movement is promoting a Bible that is not authoritative, a Jesus who didn’t die for you, and a God who cannot save you. Put simply, it’s another gospel— and not the good news that truly sets us free for life as God intended.

In our next post, we’ll take a look at what is underpinning much of the cultural and theological assumptions underneath progressive Christian beliefs. We’ll ask the question, “What is good?” and discuss the definition of good, and how it informs our beliefs about who we are, who God is, and how he reveals himself in the world.

[v] Jesse James DeConto, “For All the Sinners and Saints: An Interview with Nadia Bolz-Weber,” Religion & Politics, July 28, 2015, https://religionandpolitics.org/2015/07/28/for-all-the-sinners-and-saints-an-interview-with-nadia-bolz-weber/.

Is belief in God just a matter of blind faith? Can the New Atheists explain the origin and fine tuning of the universe without God? Do concepts like ‘good’ and ‘evil’ even make sense if God does not exist? In his follow-up to Did Jesus Rise from the Dead?, Dr. Craig takes a departure from…